Sounds recorded in various locations in Bolivia: the Amazon, the Amazonian wetlands and the barren mountain lakes near the Uyuni salt planes.

You can either just have listen to the playlist below, or read on for a little more detail and context.

In December 2011 I spent some time in Bolivia, recording loads of sounds in the jungle and wetlands. Here’s a selection of my favourite recordings.

A very wide and full-sounding frog chorus, recorded at a pond in the middle of Madidi national park. I recorded approximately 3 hours of this, as I was loving it so much. Gear: Sennheiser MKH8040+MKH30 in MS, Tascam DR680.

The following three recordings are made at around 10pm at various locations in the Amazon wetlands (pampas). Gear: Sennheiser MKH8040+MKH30 in MS, Tascam DR680.

This was recorded during a hike through the jungle at around 3pm, about 30 minutes after heavy rainfall. Water dripping heavily from foliage, some frogs and birds (I think oropendulas, macaus, and some others – I’m not sure). Gear: Sony D50 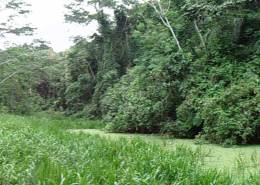 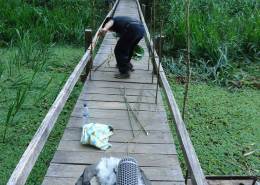 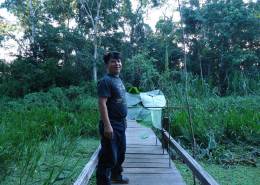 These first two recordings were made at dawn in Madidi national park in the Bolivian Amazon. An open space surrounded by cliffs with macau nests. Gear: Sony D50

This recording is of the oropendola bird, which sounds a bit like a waterdrop, especially when you hear it from a distance. Gear: Sony D50

This next recording is not from the Amazon. It was recorded at a mountain lake in the Uyuni salt planes area, at about 4km altitude. Gear: Sony D50.

I’m not sure what these birds are called, but I recorded them at about 7am in the hills surrounding Coroico, which is not the Amazon either, but rather a lush, green and mountainous area at medium altitude. Gear: Sennheiser MKH8040 + MKH30 in MS, Tascam DR680. 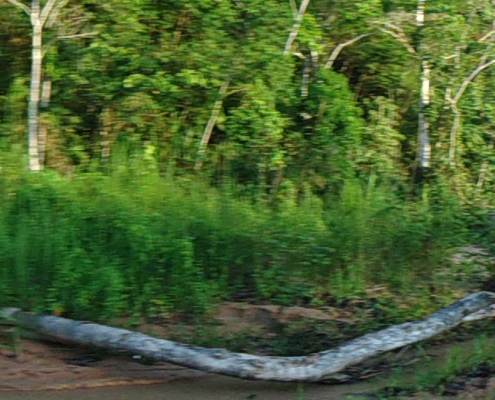 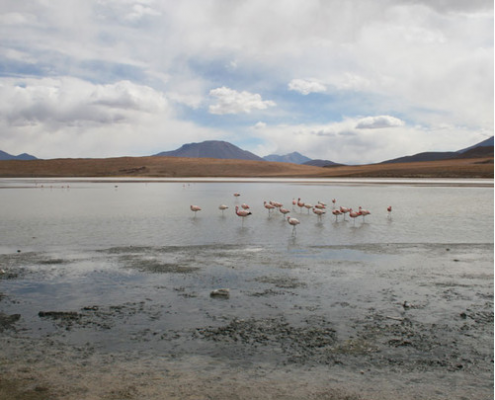 I recorded these wild pigs by a small pond close to our lodge in the jungle. You can hear them eating roots, and at 2:40 they spot me and run off, making strange clacking sounds with their teeth. Also, as they ran off they farted in my face (which is apparently their first line of defence) – it is a smell you won’t forget easily. Gear: Sony D50.

The howler monkeys were recorded from a paddle boat during a dawn trip in the pampas (wetlands) of the Bolivian Amazon. As this was recorded in a moving boat, we hear the howler monkeys at a distance in the start of the recording, getting closer and louder throughout. There’s some shifts in perspective caused by the boat moving forward through the bended waterways.

Also heard at the beginning of the recording are some strange bird calls, I think these were paradise birds but I’m not sure. There’s also the occasional cloth movement and handling noise, unfortunately. Gear: Sony D50 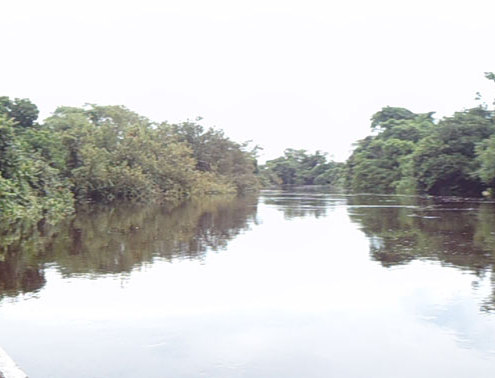 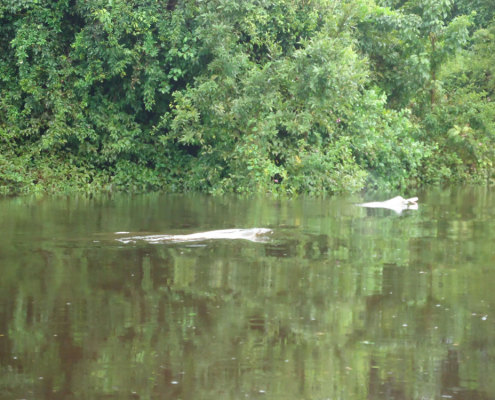