These seals are about 3 to 5 weeks old; 3 weeks after they are born, their mother leaves them and they crawl from the beach into the dunes to shelter against the wind whilst they wait to shed their fur, after which they dive into the sea. They tend to leave for the sea to get food when they are about 6 weeks old.

Just a little side-note: I did not provoke the pups in any way, all I did was get close and record. It sounds like they are in distress, and they probably are considering their circumstances as described above, but I did not do anything in particular to make them create these growls and burps and hisses. A warden who stays by the colony to make sure people don’t harass them did come and ask what I was doing but let me be after he confirmed all was OK. /disclaimer 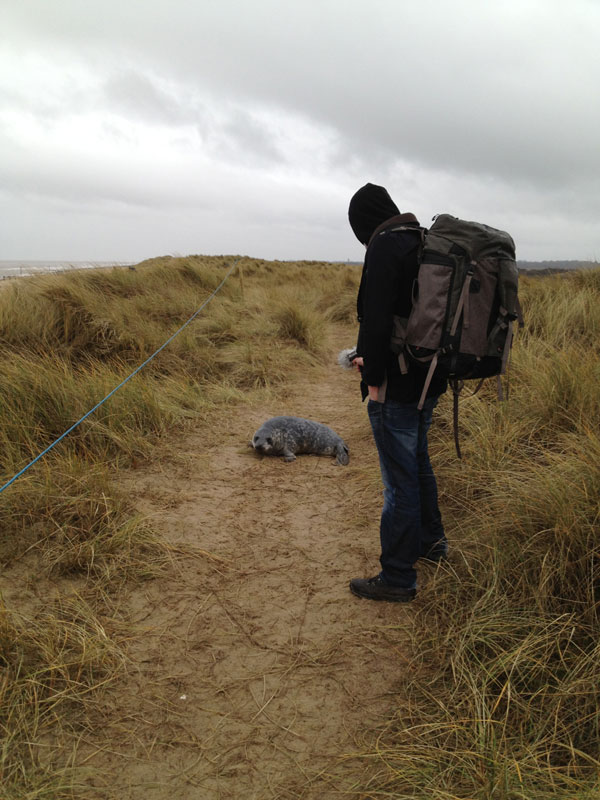