Take a look at this image, a screenshot of worldwide flight traffic taken from a random visit to the Flightradar website.
What do you see? 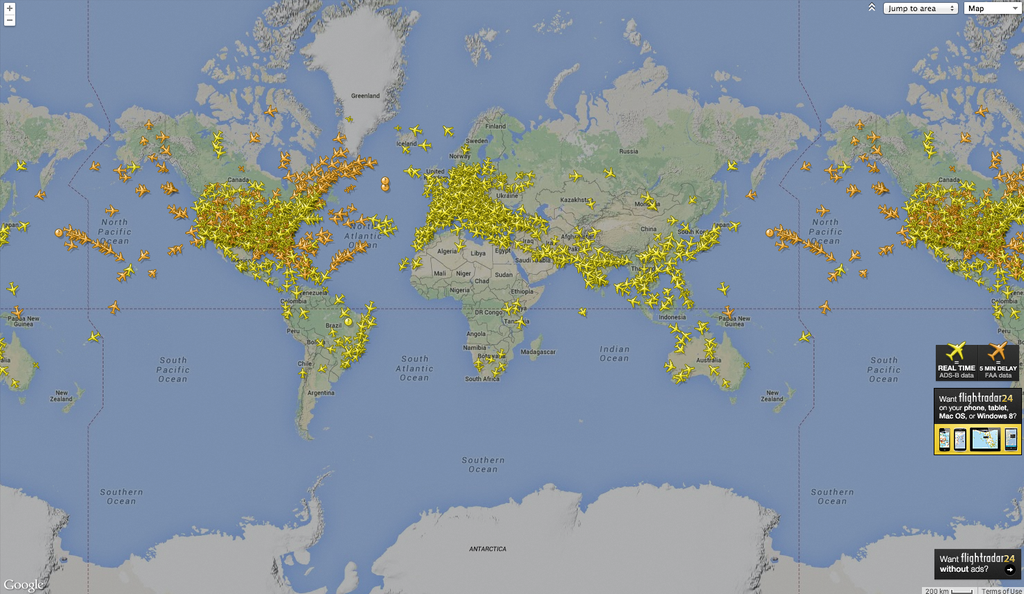 Likely, your eye will be drawn to the insane clusters of air traffic that obscure those parts of the map where the United States, Asia and Western Europe lie; the latter being where I generally call home. But go down from Europe to Africa, and we are greeted by space, emptiness, a lovely void of air traffic.

While a few airplanes dot the skies over southern and eastern Africa, seeing this image late 2014 reinforced my will to visit the southern part of the continent, and bring my microphones with me. The never-ending cacaphony of anthropophonic noise in Western Europe, caused by continuous overflying air planes, highway drones and general overpopulation is without a doubt one of my main annoyances – not just as a sound recordist, but as a human being. I crave for a degree of quiet and solitude, for a place that is wilder and more real than the perfectly cut grassy fields and micromanaged spaces that we call ‘natural parks’ in Europe and the UK.

And so I flew down in March 2015, to first spend a couple of months in Zimbabwe, learning about the environment and recording as much wildlife and nature sound as I could, about which I have already quite extensively written & shared recordings of on this site.

After my time there, I flew to Johannesburg in May to meet up with my girlfriend and pick up a rented Toyota Hilux, equipped with all the tools and toys for a few weeks of camping, self-drive game drives and sound recording in the nature of Botswana, Namibia and South Africa.

PreviousNext
12345
A few images to show the car, camping and recording setup

This map here shows a rough overview of the route we took. And to summarise the itinerary briefly: we started in Johannesburg and then went north into Botswana, where we spent about 2.5 weeks, camping and driving through Makgadikgadi, Nxai Pan, Moremi and Chobe natural parks.

We then headed for a day into Zimbabwe to visit the Victoria Falls, after which we drove for another 2.5 weeks through Namibia, the country of vast empty deserts, huge seal colonies and strangely formed mountains.

From Namibia we headed south to Cape Town where we exchanged the big 4×4 for a tiny 2-wheel drive, and continued alongside the South African coast, dotted with whales and dolphins, and up into the Drakensberg mountains before returning the car in Johannesburg after another three weeks of driving. The overall route we took, encompassing roughly 10.000 km, was therefore traversed in eight weeks.

Since coming back from this trip, a lot of my friends have asked about safety – the general perception being that it must be utterly dangerous to go camping in countries where there are beasts that can eat you. And while I had a degree of hesitation about this as well before flying down, the truth is that with a few basic precautions, which can generally be described as common sense, the actual experience is one of true relaxation and enjoyment of being in a place that still boasts nature as it is supposed to be.

And to me personally, the best aspect of Botswana in particular is how wildlife by and large roams free. The policy of the government seems to be to not build fences around their natural parks (nor the campsites inside these parks), and to not really develop their wilderness areas either. There are no paved roads here inside the reserves, and to be able to take on the deep sand, bumpy tracks and occasional river crossings a 4×4 vehicle is a must.

It makes camping in Botswana a wonderful experience. The cost is relatively astronomical, as international visitors often pay $50 pp per night for a patch of sand with no electricity and only a fire pit, though always with toilets and running water nearby. The upside of this policy is that there aren’t many campsites available, so you don’t come across hordes of tourists – apart from the northern part of Chobe national park. Indeed, we would often spend hours of driving within pristine and rugged nature, observing wildlife in peace and solitude, with not another car in sight.

You set up camp and get visited almost every time by elephants. You keep your distance and always watch out for any warning signals, but these gentle and intelligent mammals are generally at ease, and anyway prefer to avoid you as well – they just can’t resist those tasty camel thorns and mopane shrubs that grow close to where you pitched your tent. At night, the hyenas circle the perimeter of your camp, eyeing you and smelling the meat you are roasting, so you shine your torch into their eyes to keep them at bay. You keep your camp fire going as to further deter any wildlife coming too close – though honey badgers have no problems raiding your camp while you are present anyway. You hear plenty of calls, rustling and movement of close-by animals in the dark, and once you retreat into your tent, listening to the sounds of the night continues to be a real pleasure.

This policy of not fencing off the wilderness areas has lead to a huge presence of elephants in particular. No one knows the exact numbers due to the migratory nature of the herds, but I have heard estimates of a total population of 200.000 – this, in a country that only inhabits 2m humans. And while it does lead to conflicts between man and wildlife, in particular because elephants love gorging on the crops that humans grow (and lions can’t resist a goat or cow from time to time), the Botswana government has a policy of compensating for damages and loss caused by wildlife.

Another reason why the wildlife generally seems to flourish in this country is due to a hardball approach towards poachers; the anti poaching units of Botswana are heavily armed and take no prisoners. While this is good news, there is still an enormous threat facing elephants caused by poaching throughout the continent, and at current rates extinction is a dire and very real possibility. Lions are in danger as well, amongst many other species – not to mention the white and black rhino, which even in Botswana are sadly only present in the few reserves that have fences built for protection.

We travelled this country in May, which I believe is a great time of the year to visit. Just at the cusp of winter (which starts roughly in June), the temperatures are pleasant, and the vegetation still lush and green. It is also just before the high season, ensuring a low number of fellow visitors. The downside perhaps is that the still-thick vegetation makes game viewing harder, in particular when one insists on seeing cats. We have in fact not seen a single lion, leopard or cheetah during our time here. On the upside we have heard lions plenty of times at night, sometimes very close to our camp – to me, a much more spectacular experience than seeing them lazing in the sun. Have a listen to the recording below to get a sense of the awesome power of these cats.

This recording is of a lion pride roaring contact calls at 4am, Kumaga, Makgadikgadi National Park, Botswana. It is part of a dramatic event that played out over the 10 minutes prior to these calls, where the lions chased a large herd of panicked zebras, whose alarm calls and galloping stampede reverberated into the night – you can find this part of the recording further on this page. I plan on making the full recording available at a later date.

Botswana’s nature is wonderfully diverse as well. While by and large essentially covered by the Kalahari desert, it’s also home to beautiful white salt planes and of course the lushly green, well-watered and world famous Okavango Delta and areas around the Chobe river. These last two in particular are a huge draw for wildlife due to the abundance of water and vegetation. That being said, the Central Kalahari Game Reserve is a proper desert and known to be one of the best, most remote wildlife viewing areas of southern Africa – and a place that unfortunately we have not been able to visit this time. The Kgalagadi and Tuli reserves are two other Kalahari desert areas teeming with wildlife that we are yet to visit.

Here’s a selection of pictures from Botswana to give a general feel of the place, as we experienced it:

And with regards to sound recording, I did a lot of it. In fact I made so many recordings that combined with what I captured in Zimbabwe and Namibia, there’s a total of about 400 hours of material. I am at the point of writing still in the process of going through all that I have recorded and making selections of what I consider the best bits. I intend to release a sound library of this material, aimed at documentary makers and sound editors/designers later this year.

In a previous post about equipment safety in the African bush, I wrote about various ideas to protect my gear while on the road, as I wasn’t going to be able to lug the big and heavy leopard cage around that I used during my stay in Zimbabwe. I didn’t end up needing any of those suggested precautions (chilli powder, thorn bush, rubber snakes) as I decided to only record while in the car, and at night with the microphone rig set up on the roof of the car – with the recorder inside the tent. I figured no hyenas would climb on top of the car, and while baboons might have they roost in their trees at night. We always woke up at or before dawn so I’d take down my equipment before any baboons could get to it.

As for a wider reflection on equipment and recording techniques used, that is maybe something for another post, as I would do quite a few things differently next time.

But for now, here is a playlist of some of my favourite snippets of wildlife sounds recorded during those 2.5 weeks I spent in Botswana.

Part 2, with recordings from Namibia & South Africa, is here.

A feeding herd of buffalo, and a lone old bull wallowing in the mud
3 replies